Storage, a solution to the variability of renewable energy sources

Home/Industry news/Storage, a solution to the variability of renewable energy sources

The energy revolution is underway and is supported by the increasing development of renewable energy sources (RES). Indeed, in 2015, the use of green energy accounted for 134 GW of additional power capacity, more than 50% of the overall development. Solar and wind installations represented the majority of this new generation. These two energies are called variable. A phenomenon that affects RE operators and which can result in an under- or overproduction with respect to the expected production by grid players. This represents a huge problem for the management of the energy sector. Thus, we are gradually evolving towards electric production facilities coupled with appropriate storage.

What is energy storage?

Energy storage is the action of placing an amount of energy in a dedicated location in order to enable its later use. There are 5 sorts of storage: 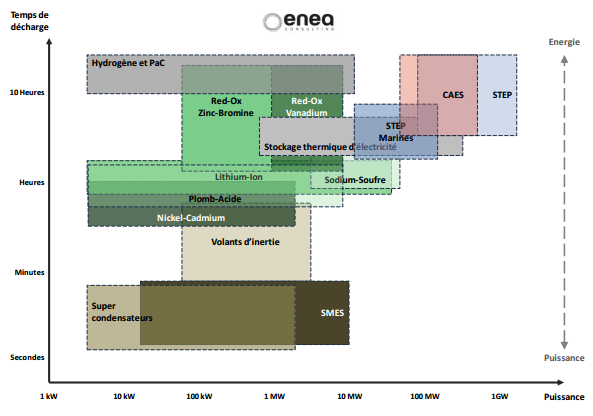 Each device is distinguished by a storage power and a discharge time, which, depending on their costs, can be used according to different needs: transportation, portable system, storage of energy…

The value of storage for the production of photovoltaic energy

Photovoltaics (PV) energy is based on the collected solar energy, which is a duality in the resource level between massive potential variability and difficulty to manage. This variability is observed at a primary level, at night, with a total absence of electricity production, and at a secondary level, during the passage of a cloud, as its shadow may produce a loss of up to 70% of the production of the affected PV panel.

This is where the interest of the storage appears: 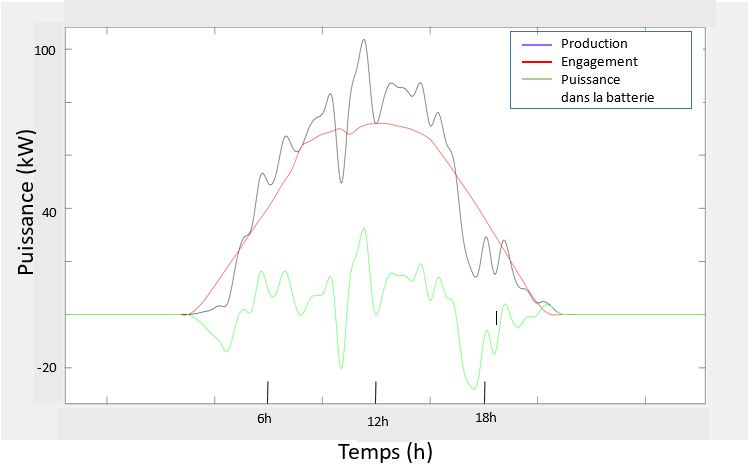 We can see here that the energy stored and supplied by the battery can stabilize electricity production sent over the network (red line).

In the sector related to solar PV, electrochemical storage is the most suitable solution to answer the operators’ needs: the system has a storage of several hours with power ranging from ten kilowatts to several megawatts.

Electrochemical storage systems, more commonly known as batteries, were based on different materials and operating systems. Nowadays, the most efficient and viable in the storage of solar energy market is the Lithium-ion battery.

This system has great advantages over alternative solutions:

However, the high cost of lithium-ion batteries remains an obstacle to their globalized use.

On a larger scale (several MW power plant), despite a considerable decrease in the cost of storage batteries, the investment is therefore with a similar price to the plant itself (€ 250 MWh).

However, it is expected that in future years the cost inherent to this technology will continue to decline. This will allow more popularized use of storage batteries in the solar PV sector production.

This energy hybridization will also be supported by new technologies such as smart energy management devices, also called EMS (Energy Management Systems), or the acquisition of information tools, such as energy forecasting.

A model for the future 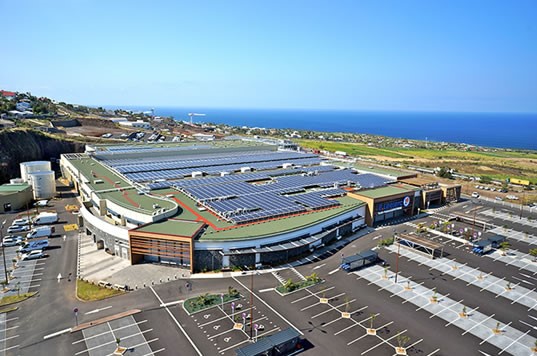 To illustrate a case of what the standard will be for future renewable energy projects, we can evoke here the Portail site, at Saint-Leu, on Reunion Island. The project is led by Albioma and corresponds to a photovoltaic plant of 986 kilowatts installed on the roof of a supermarket. The device is coupled with a lithium ion battery of 1200 kWh storage capacity. In terms of solar forecasting, it is supported by Soleka, the decision-making tool developed by Reuniwatt.

Soleka is a global system based on ground images from a camera patented and developed by Reuniwatt, satellite images, weather patterns and ground sensors to provide forecasts of the solar resource on timescales ranging from one minute to a few days in advance. The key point of this technology is that it allows to initially have an accurate model of the production facility at D + 1 (required by the system operators). Secondly, the management of the system through the EMS is made possible by the forecasts, which provides a daily production of electricity to the trapezoidal shape, a model of compulsory load required on the networks of islands. 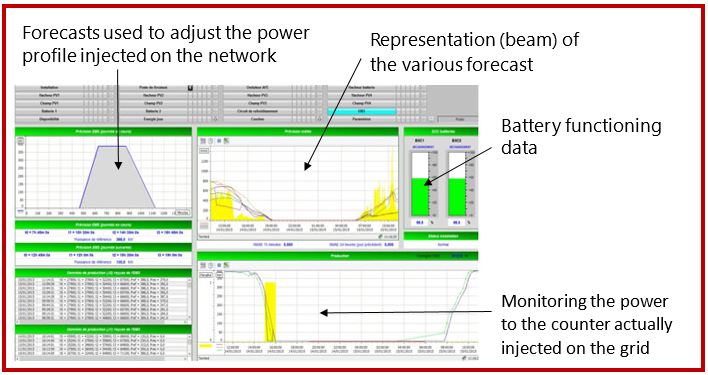 Thus, storage is a good solution to overcome the variability of some renewable energy sources. Its use is becoming more widespread, especially in non-interconnected zones, where the battery storage is associated with the development of solar power plants. However, it will take a few years for the cost of batteries to decrease.

Meanwhile, to allow an easier and less costly transition towards renewable energies, solar forecasting must be considered a priority. On the one hand, this technology represents an immediate solution to all players in the solar industry who require decision-making tools, balancing and planning of the solar resource. On the other hand, the initial investment and the duration remains derisory in view of the contributed assets. Solar forecasting represents to date the “low-hanging fruit” for managing variable energies.

About the Author: Etienne Buessler

Etienne is a key account manager and solutions manager at Reuniwatt. He joined the team after graduating at Grenoble INP as a Processes for Energy and Environment engineer and specializing in Management, Innovation and Technologies. He studies the energy market apparatus and leads Business Development missions.